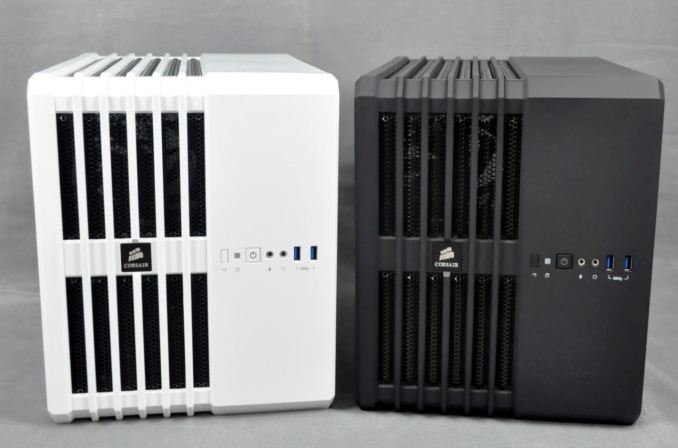 Corsair currently offers the Carbide Air 240 in two colors, black and white, both of which are depicted in the following galleries. It is interesting to note that the metallic parts of the black version have been sprayed with a grainy, satin black paint, while a smooth matte black paint covers the plastic parts. The difference in the paint on the black isn't a major deal, but it is apparent when performing a close inspection. The white version on the other hand is immaculate, with the entire exterior having being sprayed with a satin white color. 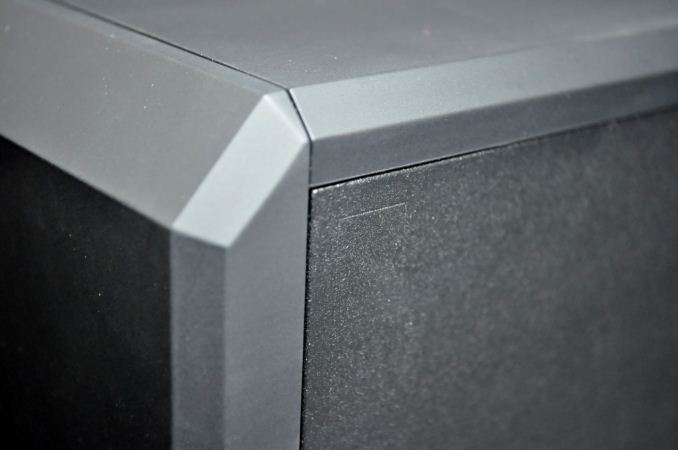 Aesthetically, the Carbide Air 240 sports an interesting asymmetric design that hints at the internal dual-chamber configuration. The left part of the faceplate is vented, as is the left part of the top and bottom panels as well, creating exceptional cooling possibilities for the main system. We can see the I/O ports and buttons on the right middle side of the faceplate, with the company logo in alignment towards the left side of the case. The left side panel is almost entirely covered by a transparent acrylic window, revealing the entire main system to the spectator.

The top and bottom panels of the Carbide Air 240 are secured with two thumbscrews each. By removing these thumbscrews, both panels easily slide off. However, as the case actually sits on the bottom panel, it will have to be placed on its side or upside down before removing it. The removal of either panel reveals the frame for the installation of 120mm fans and/or liquid cooling radiators.

It is very interesting that Corsair went with a "rails" design, allowing the user to adjust the location of the fans/radiator by a few centimeters towards the front or the rear of the case. Each of the side panels is secured with two thumbscrews each as well, but these thumbscrews are partially threaded and do not come off the panel when removing it. The front panel can also be removed, but the user needs to first remove both side panels and undo the plastic clips that hold the front panel in place. 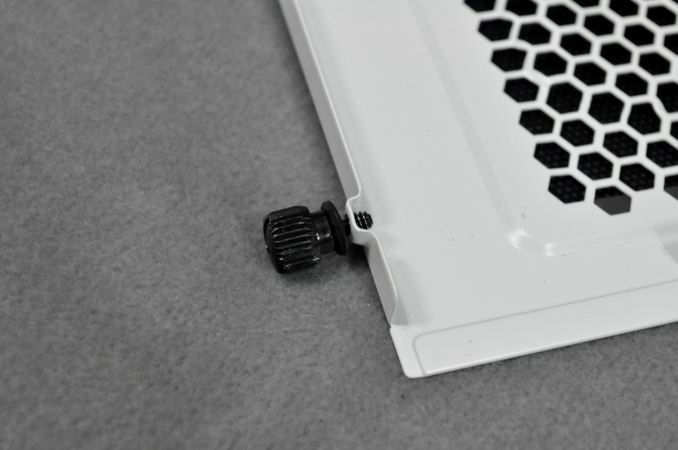 Even though the right side panel of the Carbide Air 240 will have to be removed before the user can wire any of the drives, both drive cages are accessible from the exterior of the case. The 2.5" drive cage is beneath the top panel, which has to be removed in order to gain access to it. The 3.5" drive cage is accessible from the rear of the case, by removing a perforated metallic cover held in place with a single thumbscrew. The plastic trays of the 3.5" cage can hold 2.5" drives as well. Strangely, even though the plastic trays have been inserted facing rightwards from the factory, they need to be installed facing leftwards in order to fit three full-size 3.5" mechanical disks. 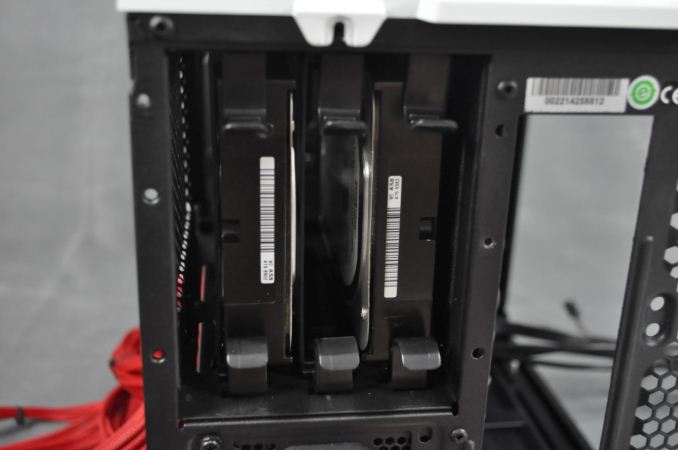 It is also possible to use the Carbide Air 240 sideways and there are even slots on the metallic right side panel for the rubber feet that Corsair provides in the bundle. However, that will also rotate the faceplate and everything printed on it, including the I/O legend and the case badge, making the Carbide Air 240 look rather odd and off-place. The case badge is magnetic and may be rotated, but that is not true for the I/O legend and buttons. 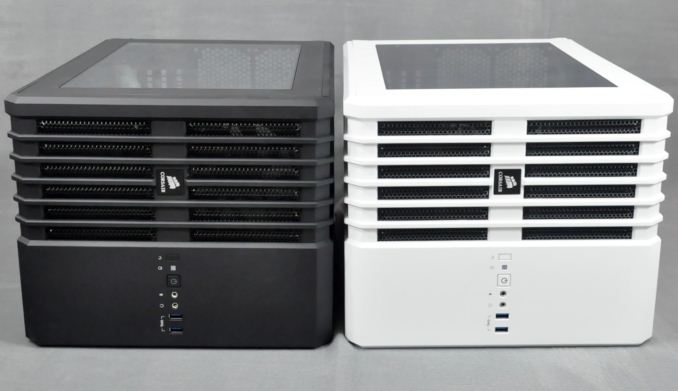