The PowerWalker VI 1500 CSW UPS Review: Trying For True Sinewave on a Budget

Putting the PowerWalker VI 1500 CSW to the test, the basic electrical figures of the UPS are acceptable, with the unit delivering the performance it promises. When it operates on battery power, the voltage output is exactly 224 V RMS regardless of the load. There are minor frequency variations but these are exceptionally small. The transfer time is relatively high, yet not out of the manufacturer’s specifications. Though it also seems to significantly depend on the load, which should not be happening to this extent.

The fan of the unit outputs 41.6 dB(A) once it is running. By UPS standards this is not a very high figure, but it's certainly not a very comfortable amount of noise, either. The downside here is that the PowerWalker VI 1500 CSW requires nearly 10 hours to fully charge its batteries once they are completely empty, which could be a problem with the unit installed in a living room or, worse, bedroom. 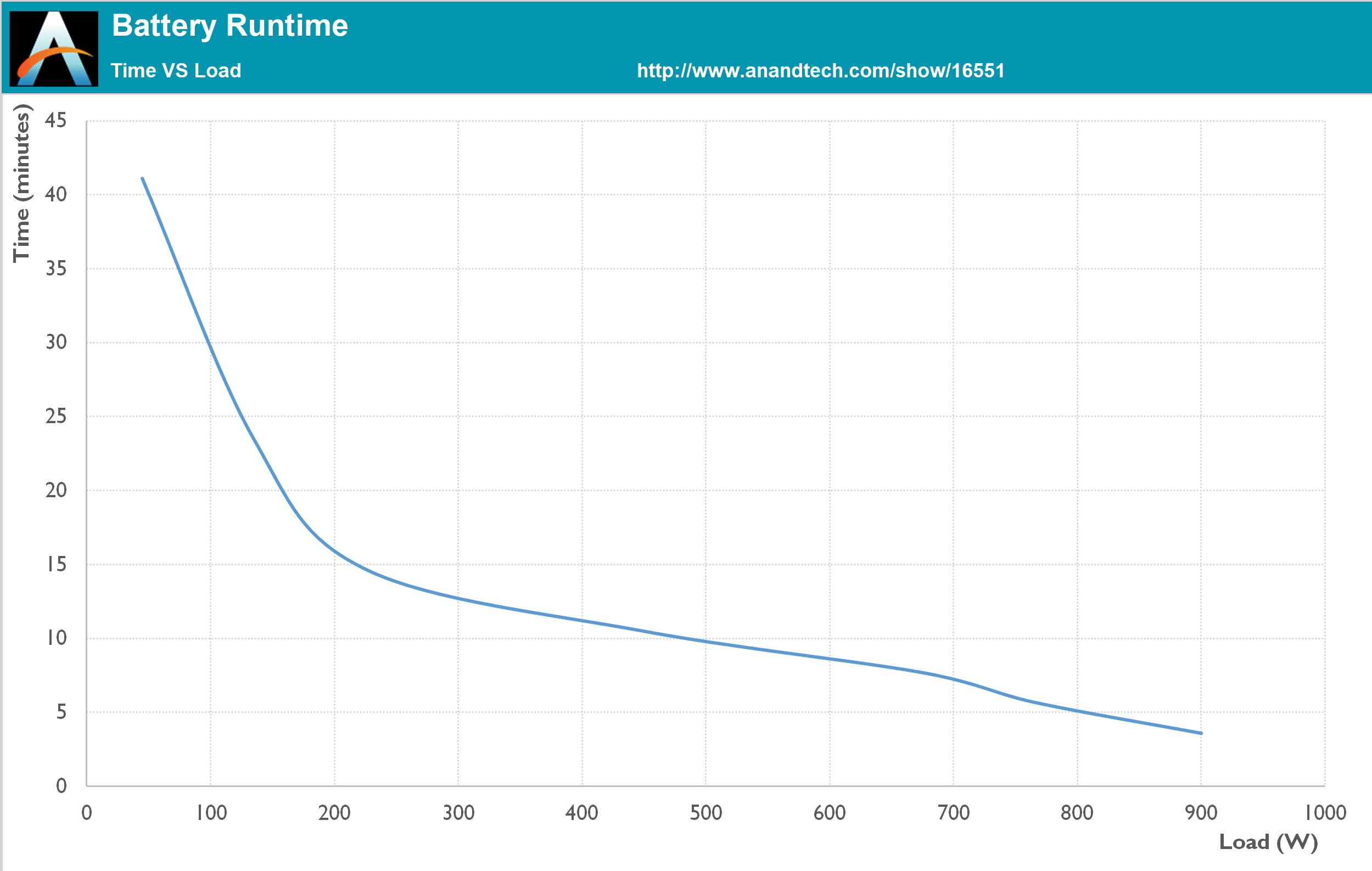 In our load testing, we've found that the battery runtime of the PowerWalker VI 1500 CSW is even better than advertised. These figures are achieved with its batteries fully charged and while they are new. 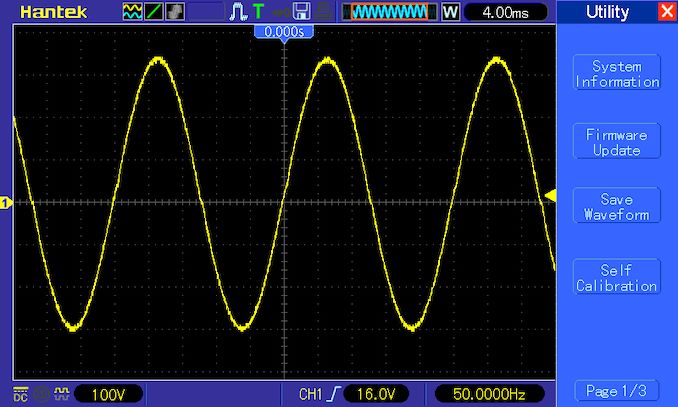 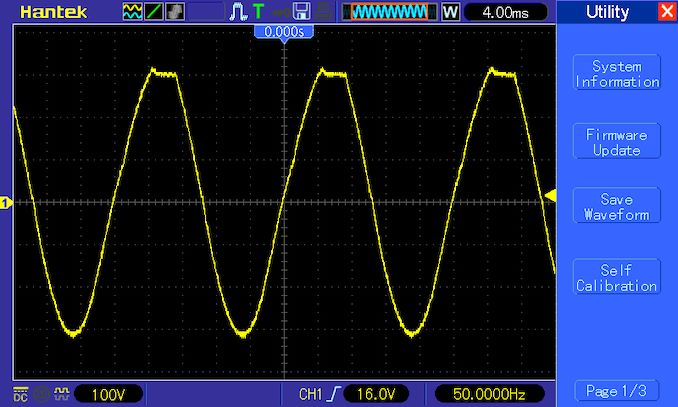 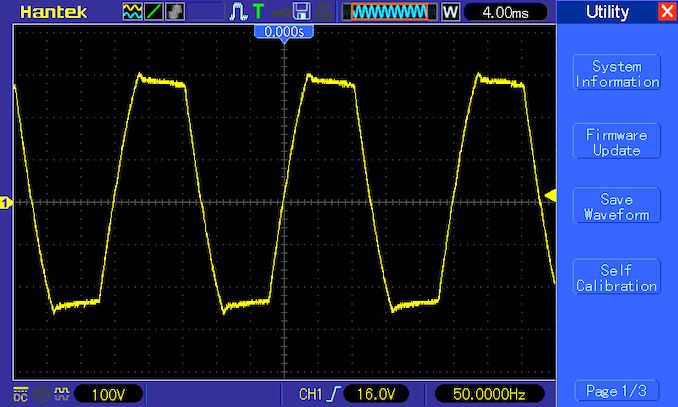 The PowerWalker VI 1500 CSW boasts true sinewave output, and our testing confirms this. Under load, our instruments showing a nearly-perfect sine wave with the unit running on battery power – but only while the load is low. Once the load reaches 50% (450 Watts) the deformation of the sine wave becomes apparent. It also becomes deformed abnormally, with only the positive peaks getting chopped, meaning that it is only one half of the circuitry failing to perform. At nearly 90% load (800 Watts) the waveform is nearly square, with both peaks heavily chopped, suggesting a massive number of harmonics. This will definitely not be healthy for any device that requires a pure sinewave input, such as APFC circuitry and AC motors.

The PowerWalker VI 1500 CSW is a UPS designed to combine a high output and true sinewave capability at a retail price affordable for most home consumers. At around €180, it currently retails for half of the price reputable manufacturers ask for their equally powerful true sinewave products, making it a very enticing deal. 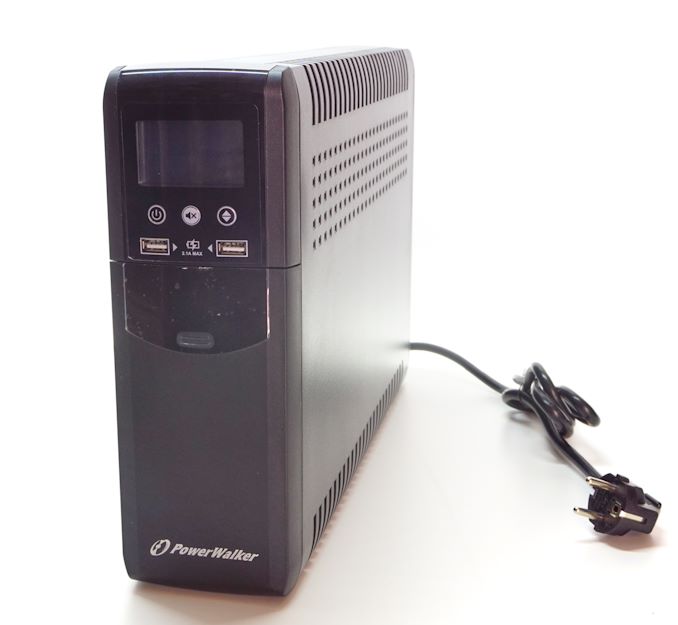 The build quality of the PowerWalker VI 1500 CSW is better than one would expect from a product retailing at this price. Its parts are coming from reputable manufacturers and the unit is very well assembled. The design is dated but that is not inherently wrong – it just means the unit isn't geared to deliver the kind of top-of-the-line performance that more recent designs can provide.

When it comes to performance, the PowerWalker VI 1500 CSW performs, for the most part, according to its specifications. The trade-offs and issues become apparent when a closer look is taken, revealing that its electrical performance leaves a lot to be desired. The unit fails to maintain a true sinewave output when the load exceeds about 25% of its rated capacity, which could lead to serious issues if an application requires a true sinewave input. To be sure, for most home applications like modern PCs and TVs, this will not be a significant issue, as they take measures against harmonics and the expected load is usually but a fraction of the unit’s maximum output. However, if the unit needs to run at its maximum output or to drive loads that are very sensitive to harmonics, such as electric motors or older PCs, it could have damaging results to the equipment. 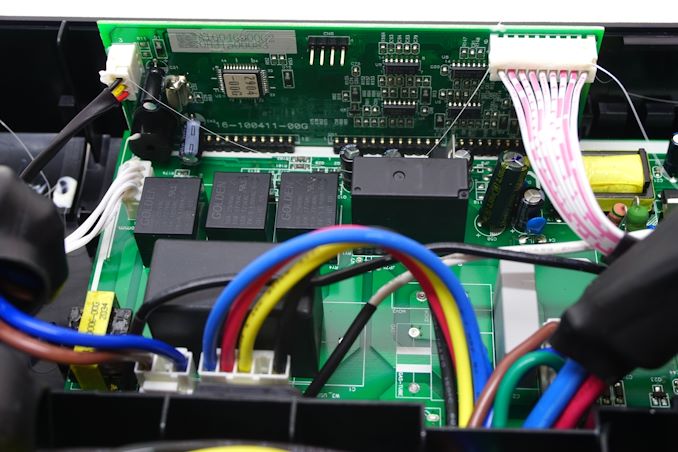 Ultimately, for users who are currently on the market for a UPS that is expected to mostly run at low loads, such as for safeguarding a single PC and its peripherals, the PowerWalker VI 1500 CSW is a fine choice. The UPS offers a clean enough electrical feed to meet the needs of a PC (or similarly switching power supply device), and it has the headroom to handle the stress if the power outage happens when the system is very heavily loads (e.g. while gaming). However, it is very clearly a device that was designed against engineering trade-offs to bring down costs for its target market. So, due to its inability to maintain a clean true sinewave output, we cannot recommend it for sensitive applications, and prospective users will want to be especially careful analyzing the sensitivity of their equipment to harmonics before purchasing it.

Introduction, Examining Inside & Out
Tweet
PRINT THIS ARTICLE
Comments Locked