Starting things off, let's take a look at the NH-U12A performance with the fans at their full speed (12 V). 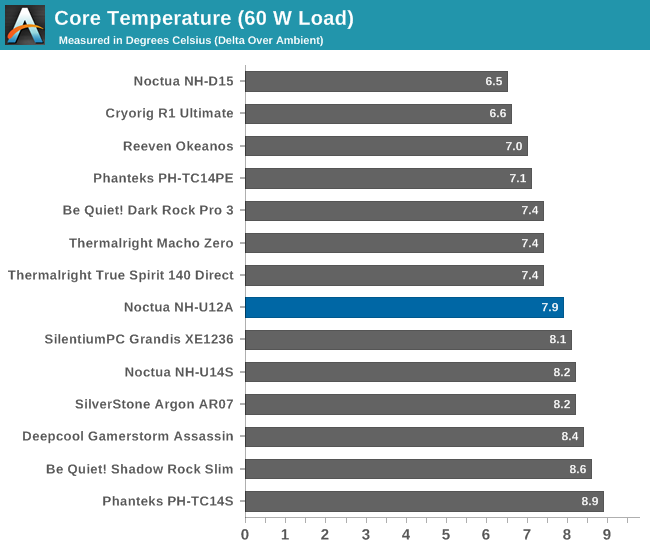 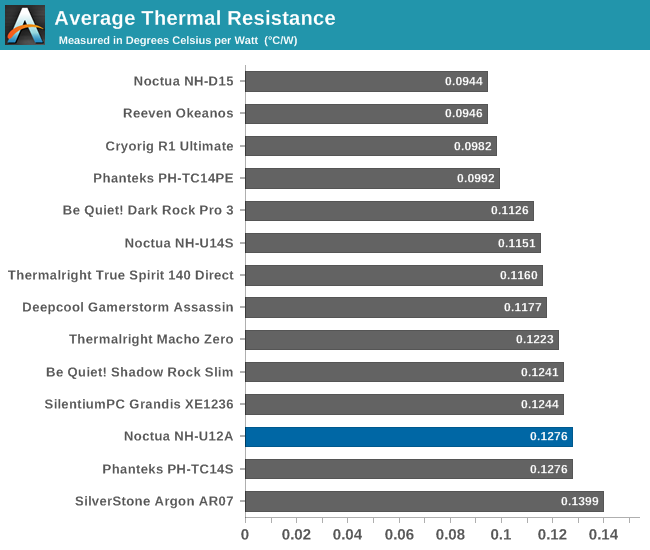 The Noctua NH-U12A performs exceptionally well at the lower end of the load spectrum, outperforming even several 140 mm coolers at loads lower than 80 Watts. The gap widens as the load increases but the thermal performance of the NH-U12A always remains respectable. It is noteworthy to mention that the high thermal performance is complemented by respectable acoustics performance; even with the cooler's fans spinning at their maximum speed, the NH-U12A is audible but not too loud. 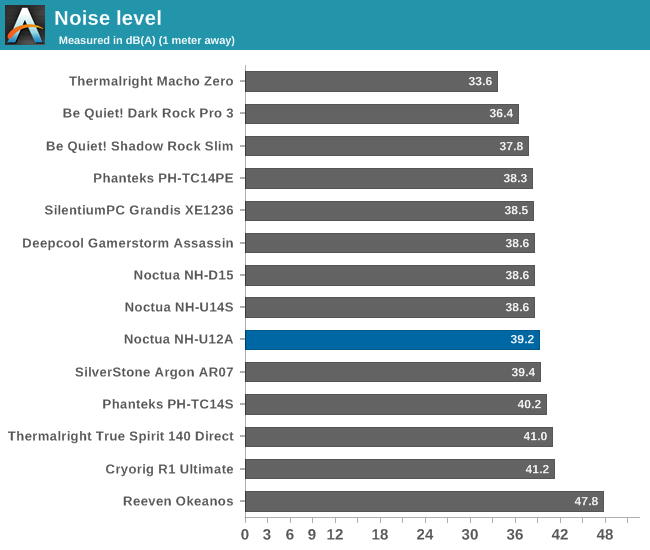