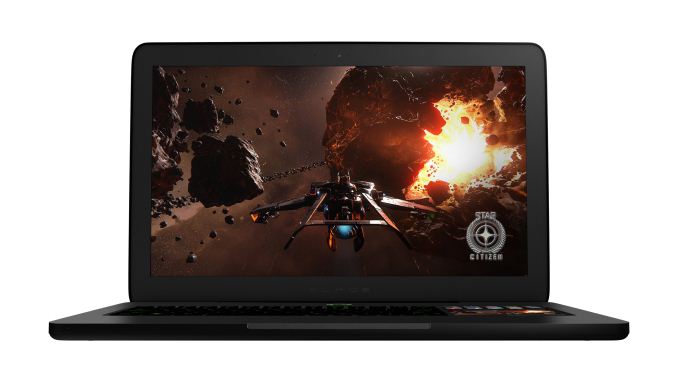 I have to admit that the Razer Blade Pro has been a bit of an anomaly in my book, as it’s both larger and generally slower (for games) than the smaller Razer Blade. Today Razer has announced updates to their Razer Blade Pro that bring more storage and faster GPUs, but anyone hoping for a GTX 970M to match the Razer Blade 14 will be disappointed. Like many other vendors with existing laptops that use NVIDIA’s GTX 850M/860M, Razer is upgrading the Blade Pro to now use the slightly faster GTX 960M. As we mentioned in the GTX 960M/950M launch article, it looks like the only real difference between the existing 860M and the new 960M is a 6.5% (67MHz) increase in core clock speeds; otherwise, the chip is the same GM107 used in the 850M/860M that was announced exactly one year ago.

Besides the larger chassis, there are plenty of differences between the Razer Blade and Razer Blade Pro. The Pro of course uses a 17.3” display, which means a 1080p panel – we still haven’t seen any manufacturers doing higher resolution 17.3” displays, unfortunately. The native resolution will actually be a better fit for the GM107 GPU, however, as even the GM204 parts can struggle at 3K and 4K resolutions. The display features an anti-glare coating, but no mention is made of wide viewing angles so it likely remains a TN panel. The Blade Pro also continues to offer the Switchblade UI. 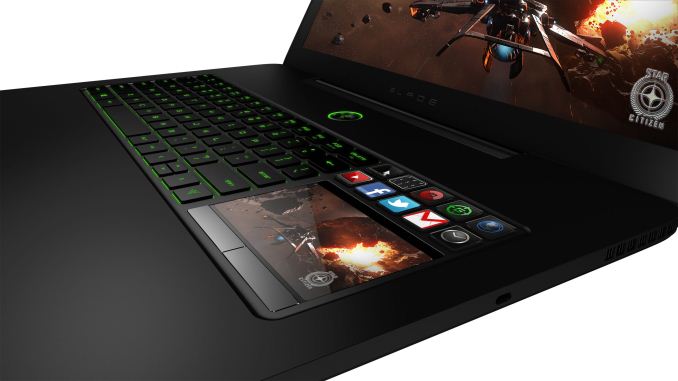 The other change being announced today is updates to the storage options on the Blade Pro. There are now three configurations available: 128GB SSD with a 500GB hard drive, 256GB SSD with a 500GB HDD, and now 512GB with a 1TB HDD – the secondary hard drive storage is new for this generation of Blade Pro, and it provides a much easier (and economical) way to add additional solid state storage if you want to do some upgrades. (Buy the base model for $2300 and add your own 500GB SSD for $184 as an example.) The wireless networking is provided by Intel’s 7260HMW 802.11ac adapter, and the Pro still comes standard with 16GB RAM. The processor is Intel’s i7-4720HQ, which is also a 200MHz base clock upgrade from the previous model’s Core i7-4700HQ.

Razer also notes that one of their primary engineering design principles is “localized heating”. The goal is to move heat away from surfaces that will come in contact with the user’s skin (e.g. keyboard, palm rest, touchpad) and move the heat to areas less likely to be touched. From there the heat is dissipated by the usual heatsink/fan arrangement common in notebooks, with two fans on each side of the chassis venting to the left and right. Again, it’s still a bit odd that the larger chassis is equipped with a lesser GPU, as normally the reverse is true – larger chassis have higher performance GPUs. As Razer has proven they can run the 970M in the 14” Razer Blade chassis, there’s no reason they couldn’t do the same for the larger Blade Pro.

While none of the changes are going to radically change the performance offered, the incremental upgrades are all being offered with no increase in pricing, so the base model remains at $2299 while the top model is $2799. The pricing is quite steep compared to the competition, but Razer’s attention to industrial design has always been ahead of the competition as well. The new models are available immediately on Razer’s website, and we should see them on other resellers like Amazon in the near future.