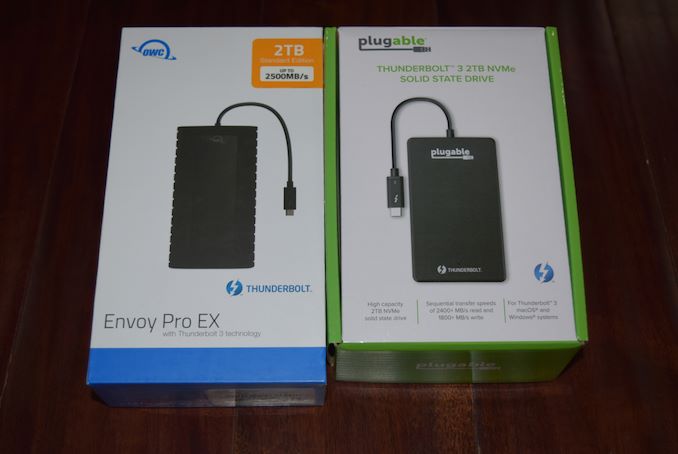 Portable SSDs with NVMe-based internal drives and a Thunderbolt 3 interface are the fastest bus-powered storage devices currently available in the market. We have been following this market since it moved beyond the niche category with a steady review of incoming products, while also experimenting with DIY models. The recent glut in the flash market with low-priced, yet high-performance, 3D TLC memory and the availability of Phison's Thunderbolt 3 external SSD reference model has enabled vendors to put out relatively cheap high-capacity Thunderbolt 3 SSDs. This review investigates the performance and features of two 2TB Thunderbolt 3 SSDs that do not break the bank - the OWC Envoy Pro EX Thunderbolt 3 (Standard Edition) and the recently launched Plugable TBT3-NVME2TB.

The OWC Envoy Pro EX Thunderbolt 3 and the Plugable TBT3-NVME2TB are both high-performance PCIe 3.0 x4 NVMe SSDs in a aluminium enclosure. While the OWC drive comes with a protective impact-tolerant bumper for ruggedness and MIL-STD810G certification, the Plugable drive has a slimmer form-factor. Both SSDs come with an integrated Thunderbolt 3 cable, with an Intel Alpine Ridge controller on board. It must be kept in mind that these drives work only with Thunderbolt 3 Type-C ports. 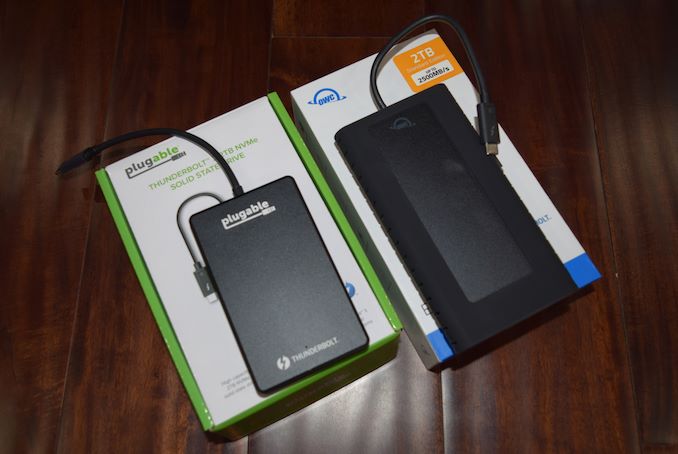 On the other side of the Alpine Ridge is a PCIe 3.0 x4 connection that leads to a M.2 slot capable of accommodating M.2 2260 or 2280 PCIe SSDs. In the OWC Envoy Pro EX, the slot is occupied by a OWC Aura P12 NVMe SSD sporting a Phison E12 SSD controller and 3D TLC memory. 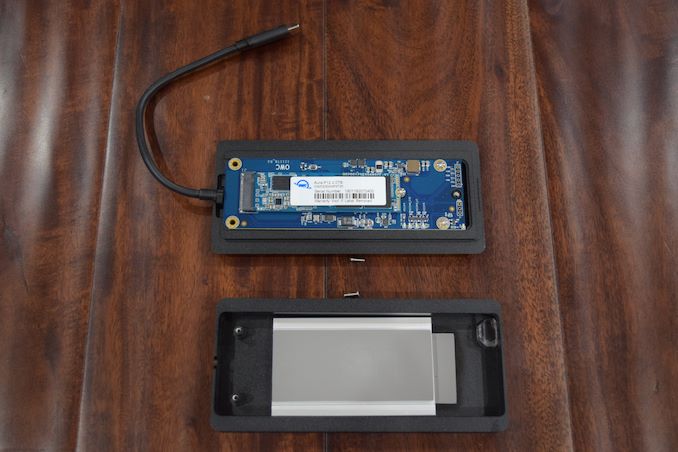 In the case of the Plugable unit, we have an unmarked Phison E12-based NVMe SSD, again with 3D TLC NAND. 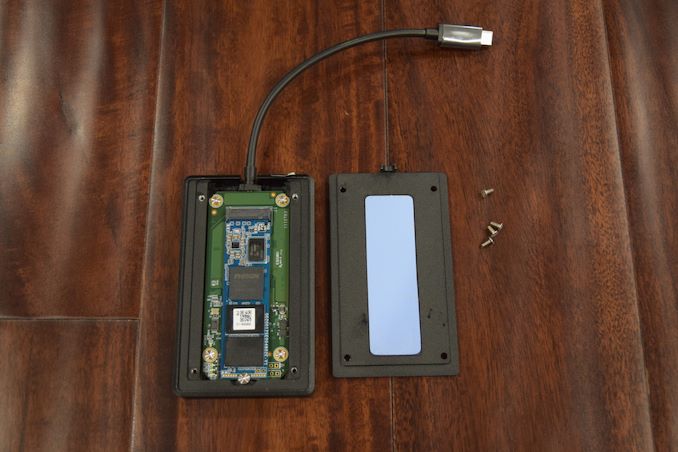 We recently updated our DAS testbed to Windows 10 v1809, and one of the important changes is the alteration in the default policy for external drives. Earlier versions used to enable write caching by default, while making it necessary to safely eject the drive from the taskbar. The new default policy is set to disable write caching, while allowing for easy removal. 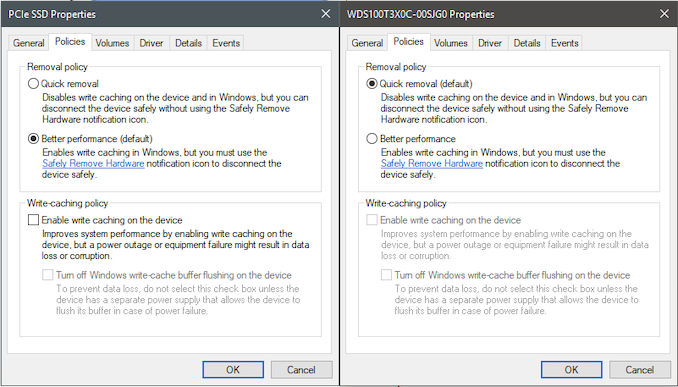 We endeavor to benchmark external drives in the default state as much as possible, and the nett result is that we will be comparing the OWC and Plugable drives today only against one other Thunderbolt 3 SSD from our previously reviewed set. We were able to benchmark our DIY Thunderbolt 3 SSD using the TEKQ Rapide and the Western Digital Black SN750 NVMe SSD using the updated testbed, and the new numbers can be seen in the rest of the review.

We start off the review with some insights into the internal drives provided by CrystalDiskInfo.

Even though CrystalDiskInfo puts only SMART in the features section, we did see support for TRIM. The Thunderbolt link is essentially invisible to the tool, with NVM Express listed as the interface. For all practical purposes, both devices appear to the system as PCIe 3.0 x4 NVMe SSD. The other aspect of interest (given the use of the Phison E12 in the new SSDs being considered today) is that the Plugable drive uses a more recent firmware version compared to the OWC Envoy Pro EX Thunderbolt 3.