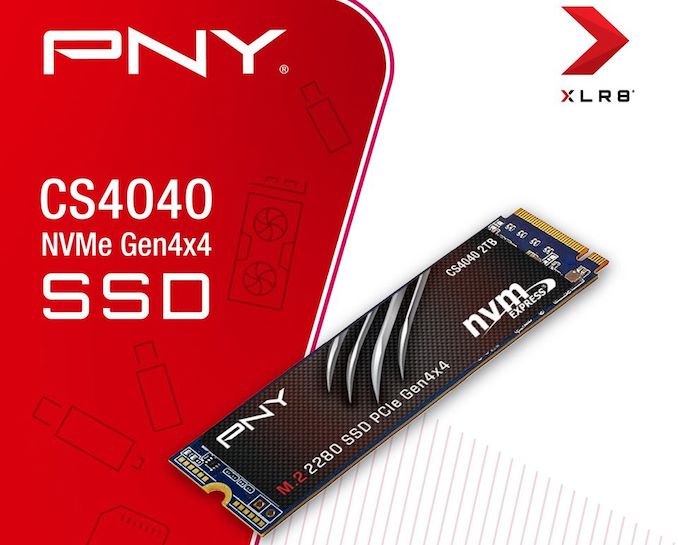 Since many high-end SSDs these days are bottlenecked by a PCIe 3.0 x4 interface, next-generation drives featuring a PCIe 4.0 x4 connector were among the highlights of this year’s Computex. Being one of Phison’s well-known partners, PNY showcased its upcoming XLR8 CS4040 SSD with a PCIe 4.0 x4 interface at the trade show. 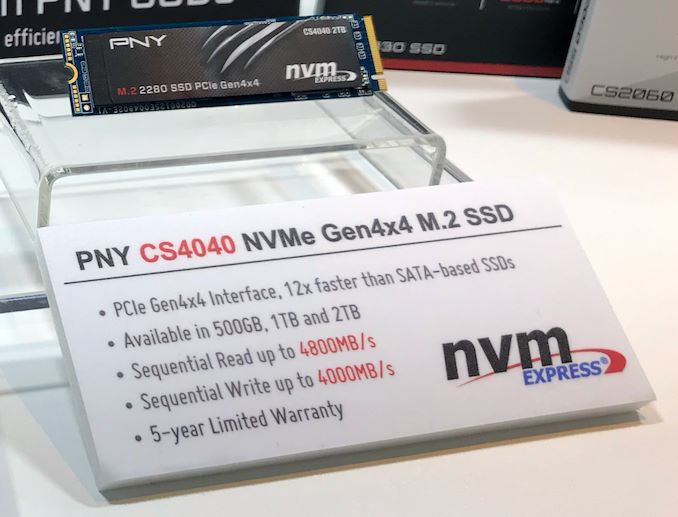 Based on vague comments by the PNY rep we talked to about availability timeframe of the drive and knowing PNY’s inclination to firmware tweaking, we are not quite sure that the company will be the among the first to launch its PCIe 4.0 x4 SSD when the first PCIe 4.0 platforms hit the market this July. In fact, we would expect the company to take its time and do some tweaking. 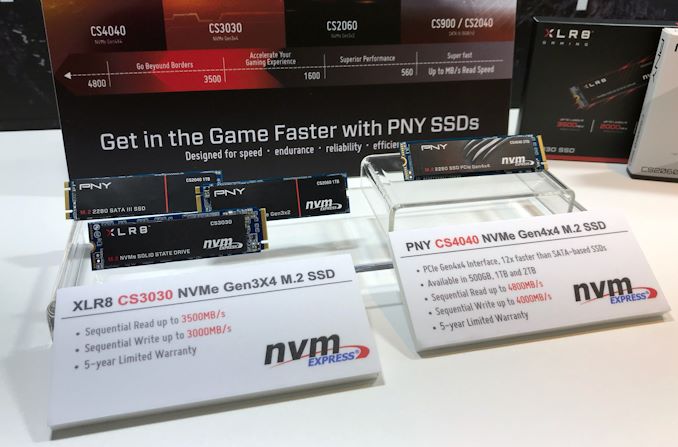 At Computex, PNY demonstrated its XLR8 CS4040 SSD with a very simplistic sticker that can barely be an efficient heat spreader. As Phison’s PS5012-E12 and PS5016-E16 controllers have a TDP of up to 8 W, a proper heatsink might be needed to guarantee consistent performance. That said, we can only wonder whether PNY installs a heat spreader on its XLR8 CS4040 SSD to maximize performance under high loads, or goes with a sticker to maintain compatibility with existing and future notebooks.