In a world filled with rectangular blocks with displays, it takes a large effort to differentiate. The new Honor 10, launched today at an event in London, follows the trend of premium smartphones in 2018: more display, and added a notch. Under the hood is the latest HiSilicon Kirin 970 chipset, as seen in the Huawei Mate 10 and P20, with the added AI functional blocks to accelerate certain apps built on machine learning algorithms. The Honor line is always seen as a more cost effective way to yet most of the latest features from the Huawei main brand, and this year is no different.

Update: We interviewed the President of Honor, George Zhao. You can read that interview here: 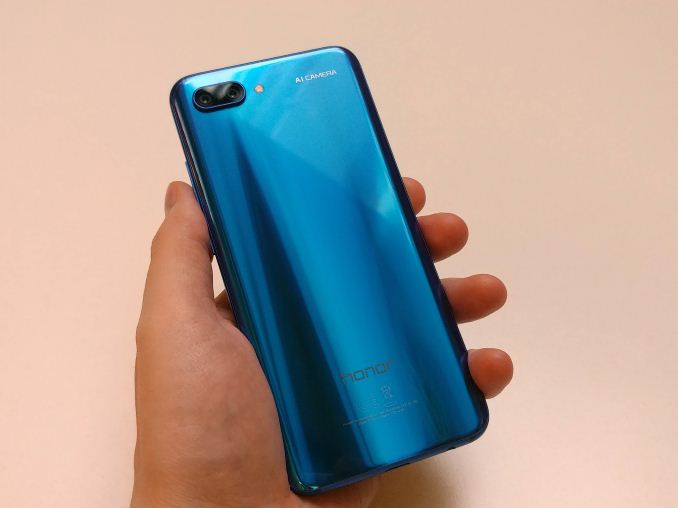 From the front, visually, identifying which notched phone you are looking at is like identifying aircraft at a distance - all notches look roughly similar without knowing any of the minor detail. The Honor 10 is similar in that regard, featuring a 5.84-inch IPS LCD screen with a 2280x1080 resolution for a 19:9 aspect ratio and 432ppi. The display uses Honor's TrueColor naming scheme, and is rated at 96% NTSC (sRGB mode was not stated). At the top is the notch, with a front facing camera, almost circular speaker, and a light detector. 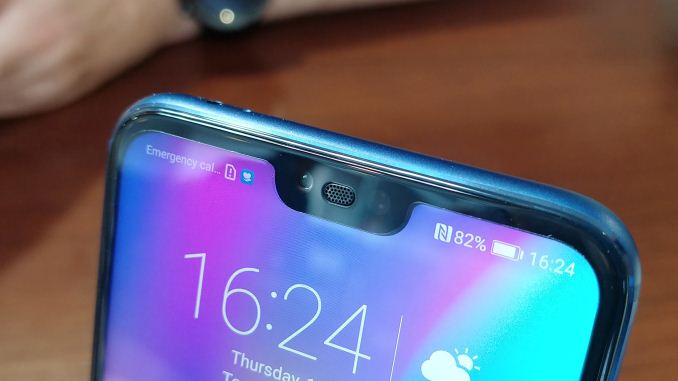 For the last two generations, Honor's main smartphone line (the one just called by its number, such as Honor 8 and Honor 9) has impressed by virtue of its color options. The hue of the Honor 8 in metallic blue was one of the first times I truly appreciated a nice color on a smartphone. The Honor 9 did not stretch my emotions as far, but the Honor 10 strikes a good balance, with the 'Phantom Blue' version we have at hand being like the Honor 8 blue but with a tinge more green in general, moving towards a grue-like appearance, then at extreme angles looking violet. 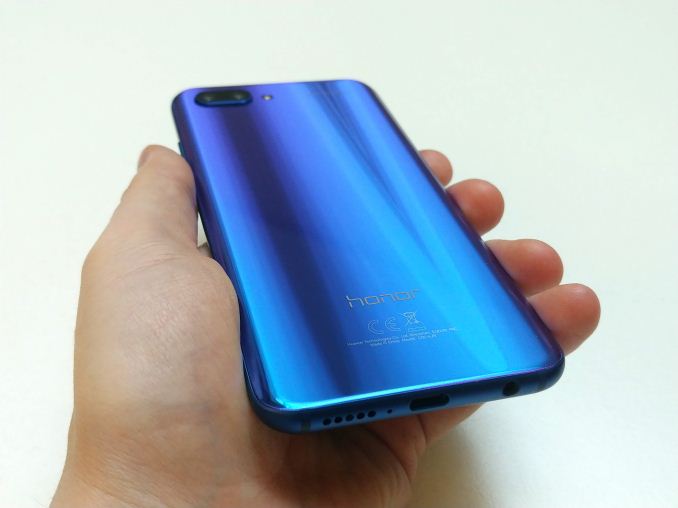 The undisturbed homogeneous plateau of color is a trend I am becoming a distinct fan of. The other colors available are a Phantom Green (a mix of sea blue and jewelry green), Midnight Black and Gray.

Hardware on the rear consists of a dual camera design, with a main 16MP color sensor (f/1.8 aperture) joined by a 24MP black and white sensor (f/2.4 aperture) to assist with phase detection auto focus, contrast focus, and create Bokeh-like photography. No mention as yet if either camera has OIS, or if the smartphone is using Huawei's 'AI Assisted Stabilization' (AIAS, or AIS) which uses the onboard chip to stabilise shots or help take longer exposure shots without a tripod mount. On the rear Honor has put the words 'AI Camera', just in case you forget. Video recording goes up to 4K30 or 1080p60, in either H.264 or HEVC, meaning that Honor has decided not to implement any slo-mo mode as seen on the higher cost flagships. The front camera is a 24MP selfie camera with f/2.0 aperture and support for 1080p video and a front facial unlock.

The configuration we received used the Kirin 970 at standard frequencies, with Arm Mali-G72MP12 graphics, and came with 4GB of LPDDR4X, and 128GB of storage. Exact configurations will be given at launch, so we might expect to see a 4/64 and 6/128 (or 6/256) versions as well. One of the key points to our briefings on this smartphone is how little information on the specifications we were given before launch - we were handed a phone a few days before along with a first draft of a reviewers guide, and our subsequent questions have gone unanswered. This was most irregular. Hence we are currently unsure as to the memory frequencies or the type of storage (eMMC, UFS) in use here.

For battery, the Honor 10 is equipped with a 3400mAh unit, suitable we are told for X hours of use, and equipped with Huawei's Supercharge for up to 5V/4.5A with suitable chargers. While the design uses an aluminium frame with a Corning Gorilla Glass front and back (exact version unknown), there is no wireless charging. The fingerprint sensor is on the front (much to my disappointment), which Honor states is the industry first ultrasonic fingerprint sensor under glass for a smartphone. The Wi-Fi module enables dual-band 802.11ac with BT 4.2. On the bottom is the USB Type-C port (USB 2.0 speeds) and a 3.5mm headset jack. On the top is an IR blaster.

After using the device for several days, the immediate feature that has taken my interest is the AI Camera mode. It can recognize 500+ scenarios in 22 categories in real-time with the viewfinder, much like the P20, however Honor states that the Honor 10 uses the industry-first Semantic Image Segmentation technology, allowing it to identify multiple scenarios within a single image, and allows the user to manipulate each scenario independently. This is different to other AI-accelerated scene recognition tools that can only detect one scenario per frame. For me, having not personally used the Mate 10 or P20, the way the AI mode detected scenes and enhanced the photos was essentially night and day. 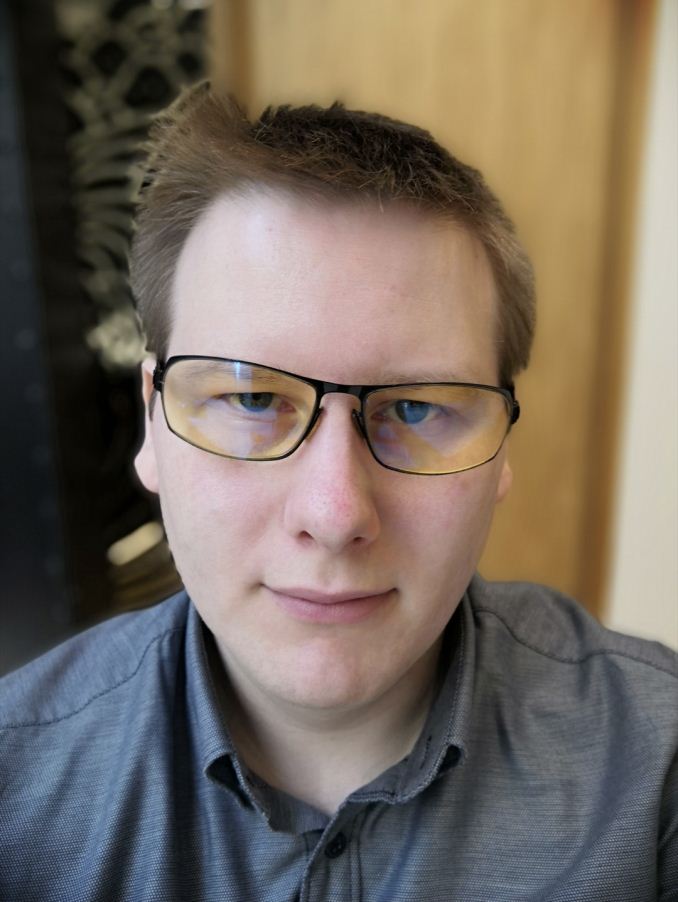 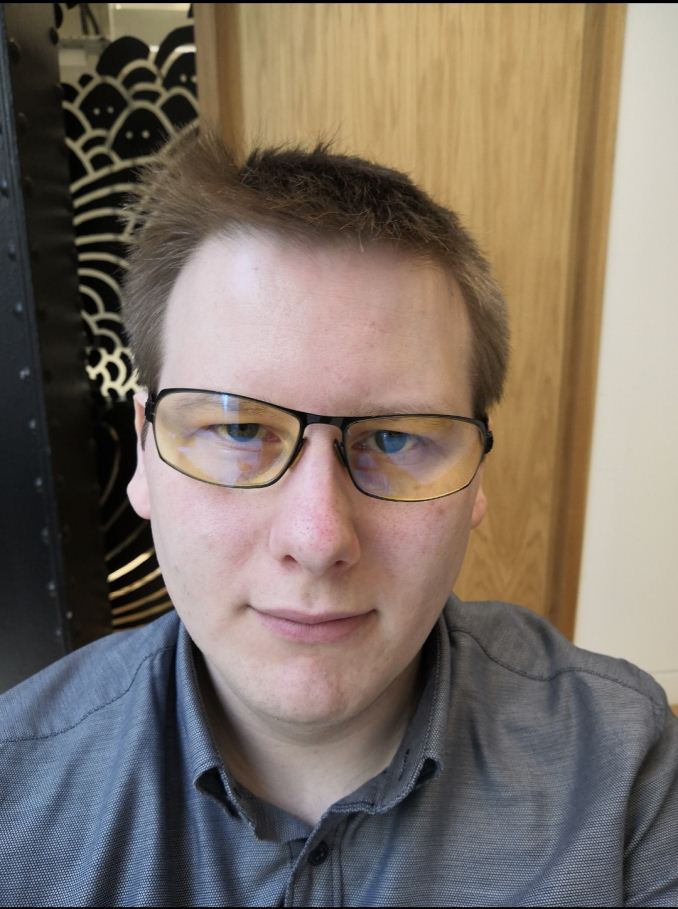 The obligatory portrait shot (using the rear cameras, as the AI camera mode is not used on the selfie camera) with my work glasses on adjusted the photo to move me to the center and auto-applied a form of bokeh to ensure that I was the subject of the photo. By default a small amount of beauty mode is also applied for smoother skin and skin lightening. 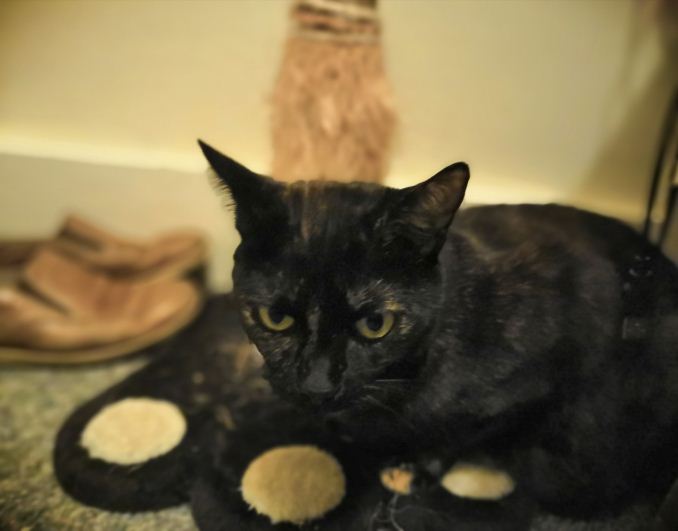 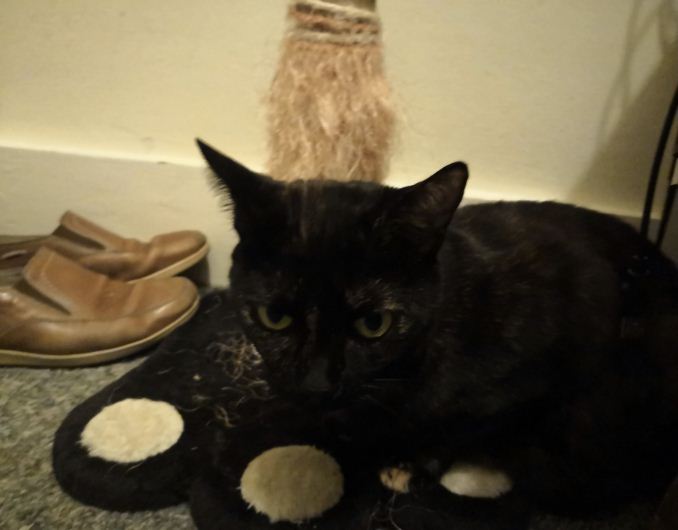 In a low artificial light environment in the evening, this photo of Katamari with the AI mode shows a lot more detail and color depth. She was certainly identified as a kitty. We can see that the mode applied some additional vignetting as well. 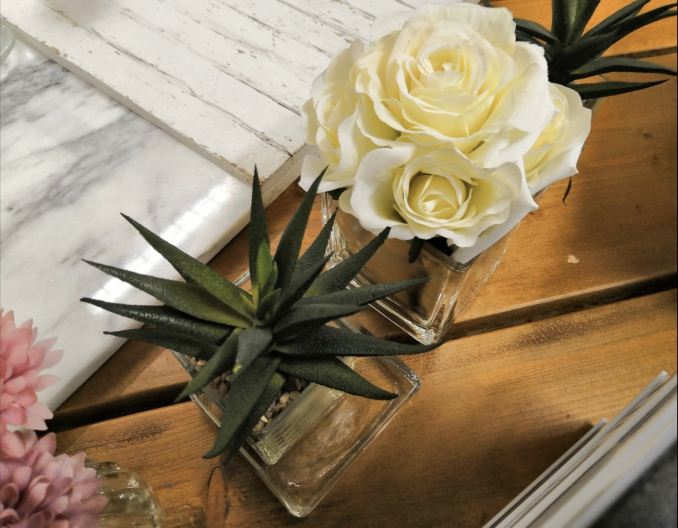 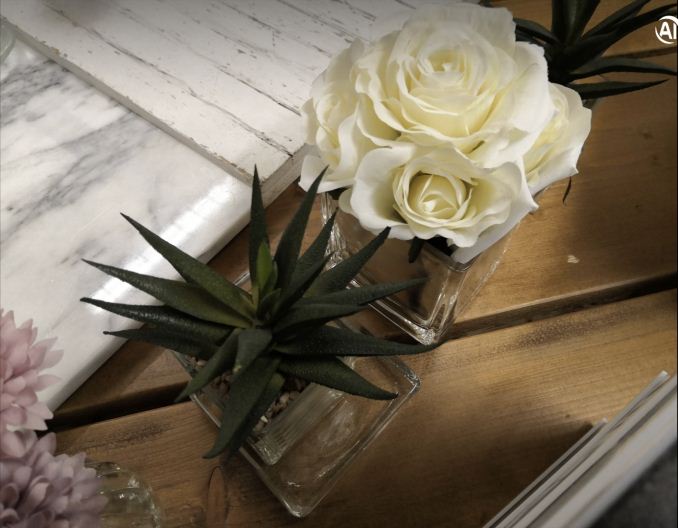 The artificial plant was definitely a plant, with nearby shadows. The AI Camera was able to brighten up the scene and draw out some of the colors that the non-AI mode would not have done. 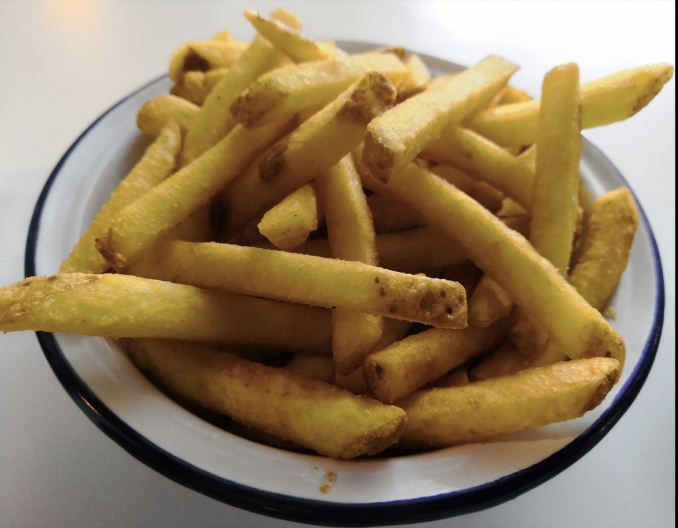 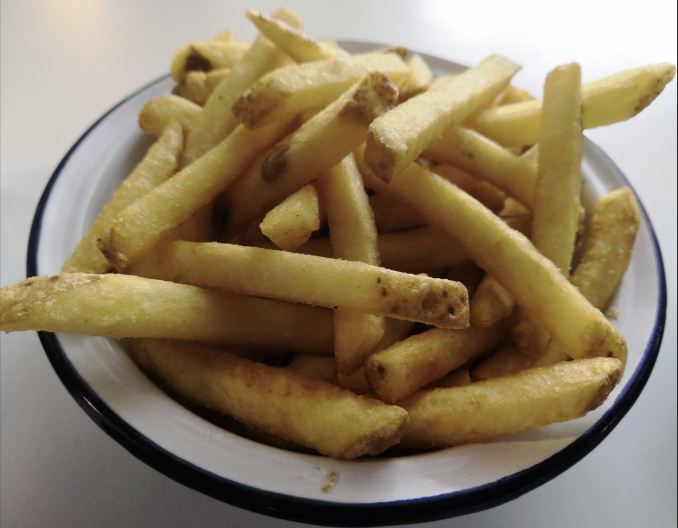 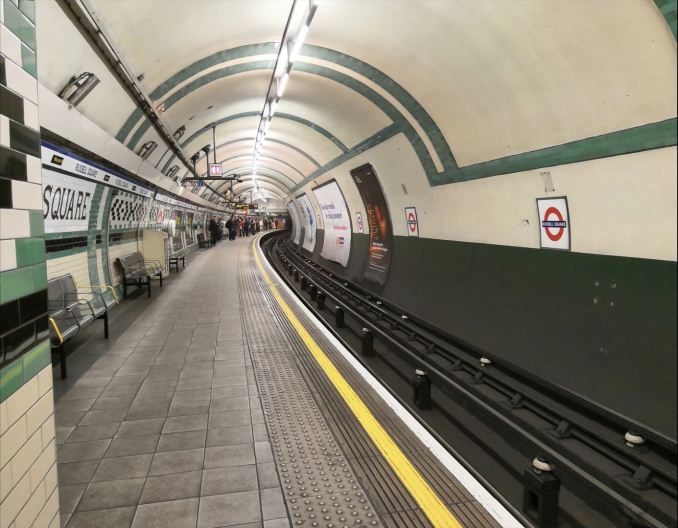 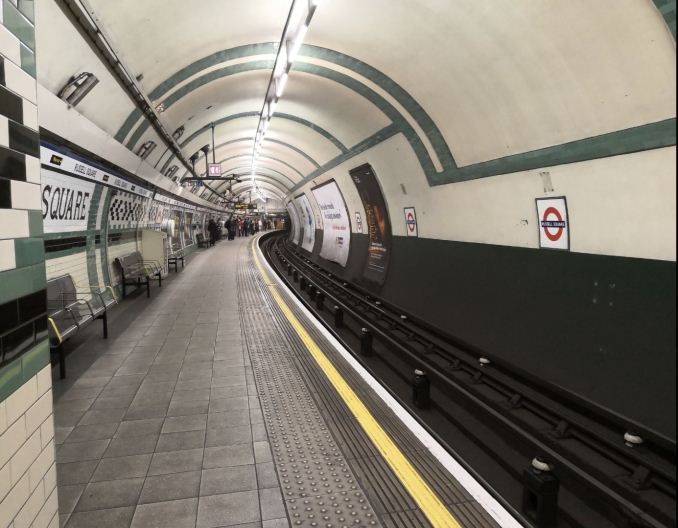 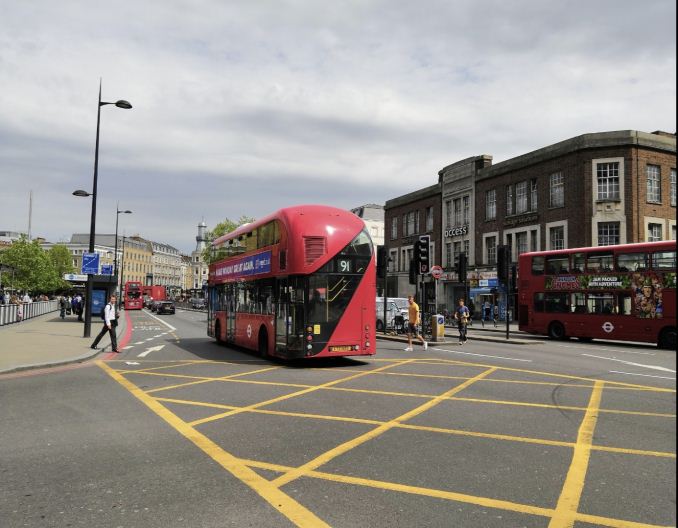 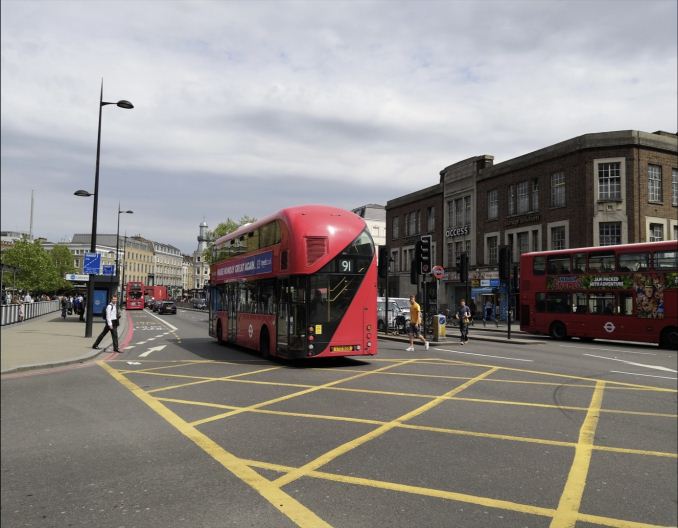 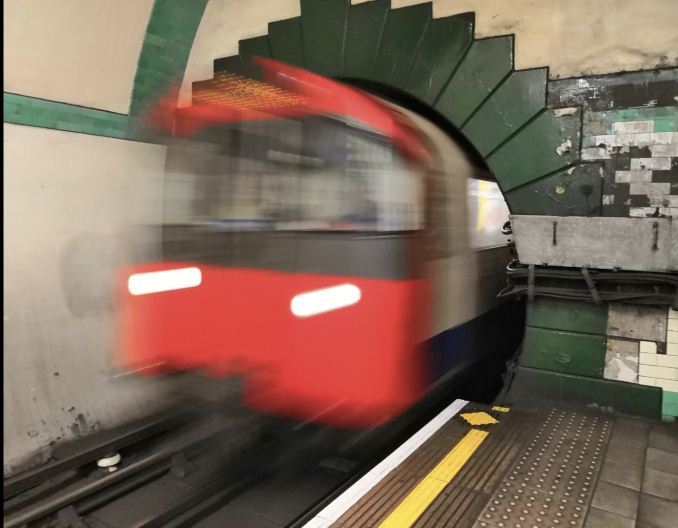 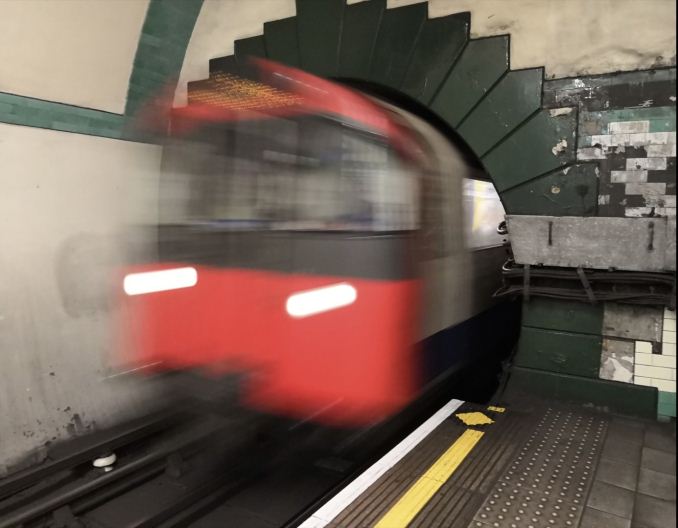