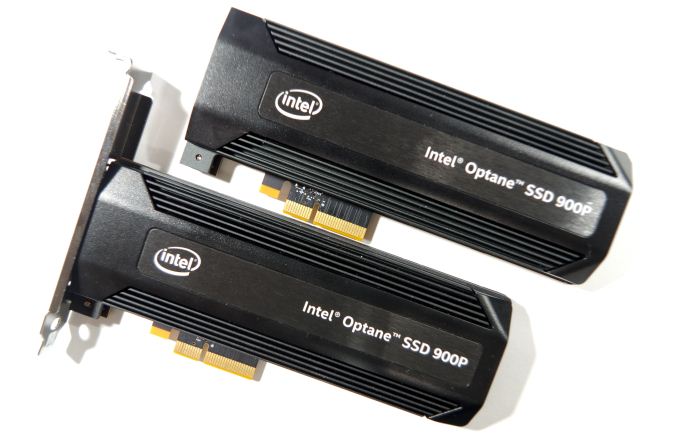 Our first look at the Intel Optane SSD 900p only included the smaller 280GB capacity. We now have added the 480GB model to our collection, and have started analyzing the power consumption of the fastest SSDs on the market.

This second look at the Optane SSD 900p doesn't change the overall picture much. As we speculated in our initial review, the design of the Optane SSD and its 3D XPoint memory means that performance does not scale with capacity the way most flash-based SSD designs do. The Optane SSD 900p uses a controller with seven channels for communicating with the 3D XPoint memory. The difference between the 280GB and 480GB models is merely a difference of three or five 3D XPoint dies per channel. Of the 28 memory package locations on the PCB, the 280GB model populates 21 with single die packages. The 480GB model uses all 28 spots, and half of the packages on the front are dual-die packages. 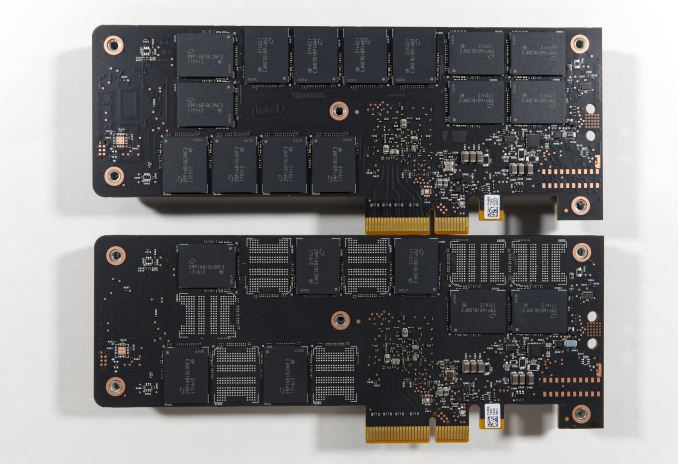 A single NAND flash die isn't enough to keep one of the controller's channels busy, because flash takes many microseconds to complete a read or write command, and even longer for erase commands. By contrast, 3D XPoint memory is fast enough that there is little to no performance to be gained from overlapping commands to multiple dies on a single channel. Increasing the number of dies per channel on an Optane SSD affects capacity and power consumption but not performance.

Intel recently let slip the existence of 960GB and 1.5TB versions of the 900p, through the disclosure of a product change notification about tweaks to the product labeling. The specifications for the larger capacities have not been confirmed but likely match the smaller models in every respect except power consumption. Since Intel has not officially announced the higher capacities yet, no MSRP or release date is available. 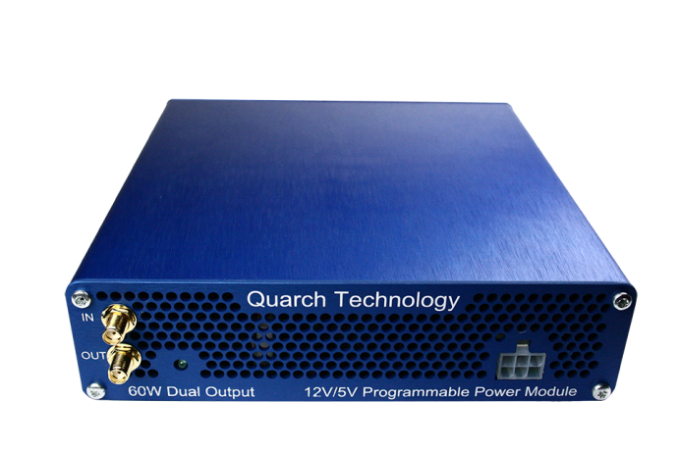 Our first review of the Optane SSD 900p included a few puzzling results, most notably slightly higher performance when the ATSB Heavy and Light tests were run on a filled drive than when the Optane SSDs were freshly erased. One potential factor for this has since come to light: After first being powered on, Intel Optane SSDs perform a background data refresh process. This isn't necessary unless the SSD has been powered off for a long time, but the drive has no way to know how long it was without power. The documentation for the 750GB Optane SSD DC P4800X states this process can take up to three hours. We have not observed any clear transition in idle power during the first few hours after power-on, but there are occasional short periods where idle power drops by around 350-400mW (from around 3.5W).

Without a conclusive indication of whether background data refresh is happening and influencing benchmark results, we've re-tested the 280GB Optane SSD 900p for this review. Before running the synthetic benchmarks, the 900p was allowed to sit at idle for at least three hours. The ATSB tests were also conducted after an extended idle period, but the test system was rebooted between ATSB tests. Even with this precaution, there's still significant variability between test runs on the Optane SSD 900p and the full-drive performance is often better than freshly erased, so it appears there's another factor contributing to this behavior.