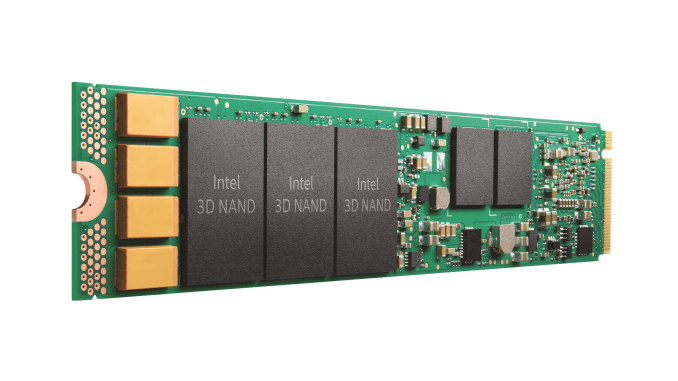 A month ago, Intel unveiled a new generation of enterprise SSDs based on their 3D TLC NAND and powered by a new generation of Intel NVMe SSD controllers. Intel's first NVMe controller—introduced with the SSD DC P3700—had a great run, but it's been showing its age for a while now. The new controller used on the P4500 and P4600 enables higher performance despite the new drives using 3D TLC NAND compared to the P3700's 20nm planar MLC, and despite the newer controller having only 12 flash channels instead of 18.

More significantly, Intel's second-generation NVMe controller is much smaller and more power-efficient, allowing it to be used in product segments that Intel's first generation controller literally couldn't fit in. Intel's new SSD DC P4501 is a lower-power take on their new generation of NVMe technology, putting Intel controllers into M.2 and 2.5" 7mm U.2 SSDs for the first time. With capacities from 500GB to 4TB, the P4501 delivers somewhat lower performance than the P4500 and P4600, but with reduced power consumption and substantially higher density.

Intel has previously shipped the SSD DC P3100 M.2 SSD, but despite using the same 3D TLC, it was not at all in the same league as the P4501. The P3100 is based on the same platform as the consumer Intel SSD 600p, with a Silicon Motion controller, poor sustained write speeds and no power loss protection. The P3100 was pitched as a boot drive for servers, but the P4501 can be a serious workhorse. The P4501 supports the same advanced feature set of its bigger siblings, including full power loss protection, NVMe Management Interface, and support for up to 128 queues for optimal performance even in systems with the highest CPU core counts. The P4501 even comes with a slightly higher endurance rating than the P4500. 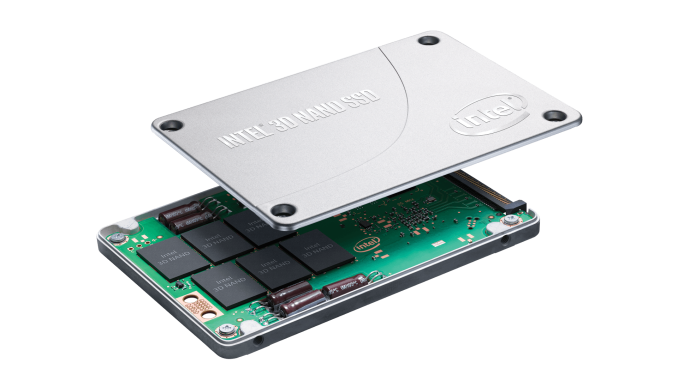 Intel's first-generation NVMe controller came to the consumer market in the SSD 750, the first consumer NVMe SSD. It raised the bar for consumer SSD performance, but as soon as truly client-oriented solutions like the Samsung 950 Pro hit the market, the SSD 750's inconveniently large form factors, high power consumption and lower peak performance started to erode its cachet. The new Intel SSD DC P4501 shows that Intel is in a position to offer a new generation of high-end client NVMe SSDs that will be much better fit for today's market. With new firmware optimized for client workloads and possibly with cost savings from dropping the power loss protection or using Intel's upcoming 64-layer 3D TLC NAND, Intel could have a serious contender for the consumer market in the near future.